Brimham Rocks are balancing rock formations on Brimham Moor in North Yorkshire, England. The rocks stand at a height of nearly 30 feet in an area owned by the National Trust which is part of the Nidderdale Area of Outstanding Natural Beauty. There are many variations of rock formations, caused by Millstone Grit being eroded by water, glaciation and wind, some of which have formed amazing shapes. Many formations have been named, though imagination is required and the correct viewing angle is helpful. Examples include the Sphinx, the Watchdog, the Camel, the Turtle and the Dancing Bear. The area was recognized as being a Site of Special Scientific Interest (SSSI) in 1958. The site once featured in the Bee Gees‘ video ‘You Win Again’. 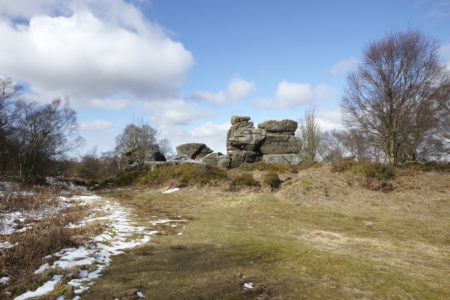 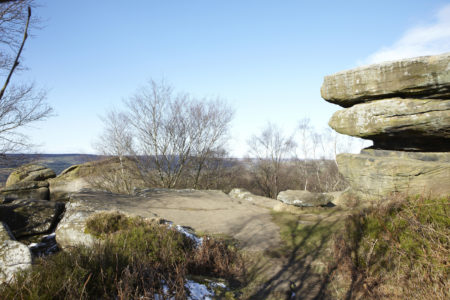 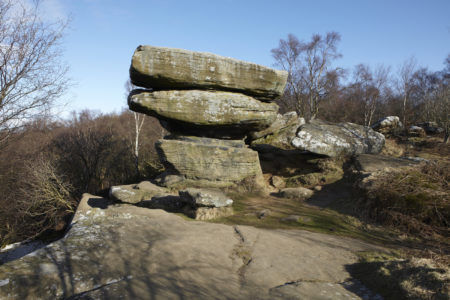 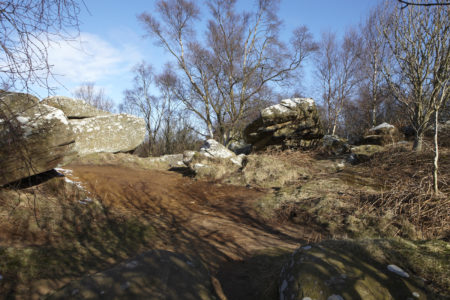 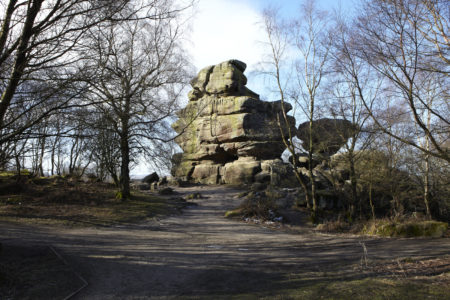 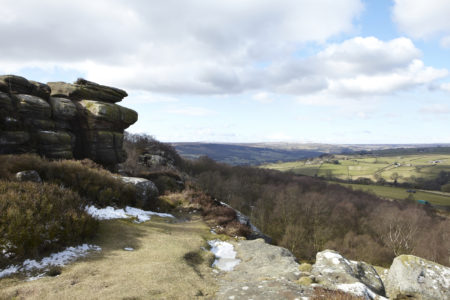 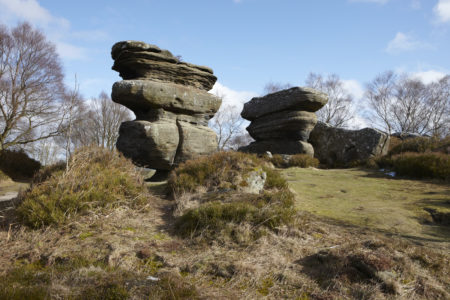 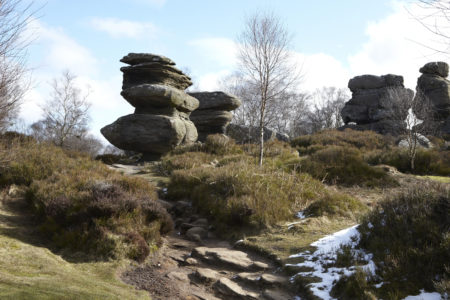 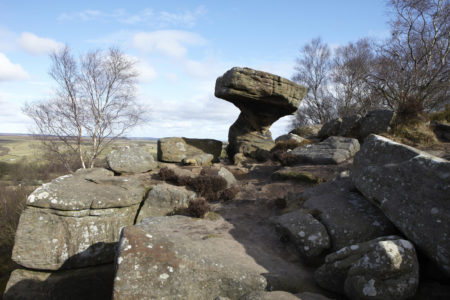 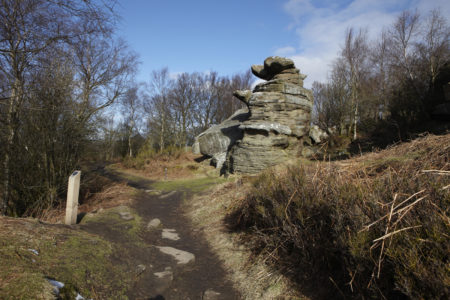 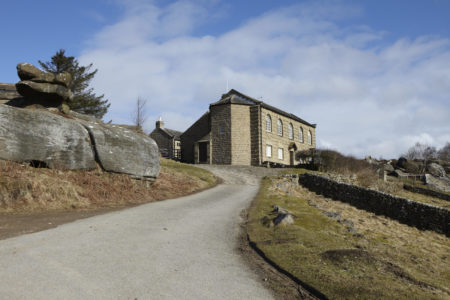 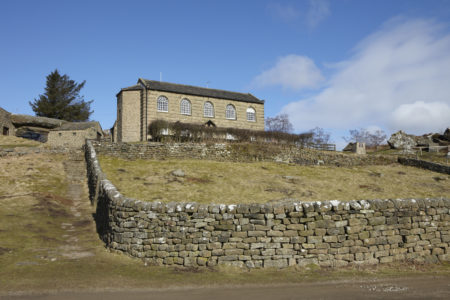 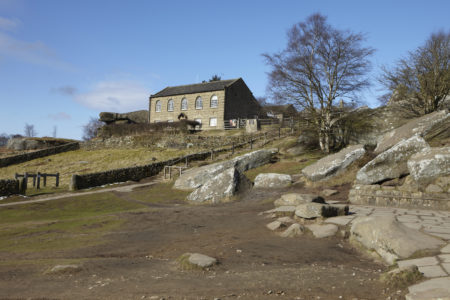 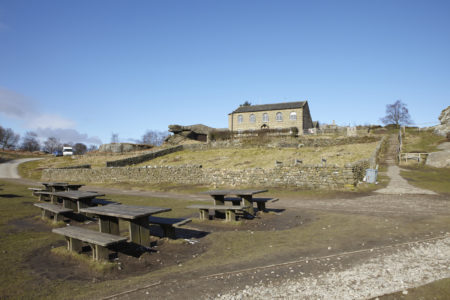